The roofing contractors came on site and have started work on the western roof elevations – the masonry end of the building. Once they had set out the tiling battens, they were able to start on the slating, using a traditional wet-laid roofing technique where the slates are bedded on a lime mortar. Since we were not able to have a temporary roof over the building, tarpaulins are being used instead to provide cover from the rain while the mortar dries.

The roof is being built up from the inside with insulation, a vapour barrier and sheathing ply. This is then battened to provide a void for the electrical cables, before the internal boarding is fixed. The studio originally had a large skylight, later removed, but this is being reinstated as part of the renovations, and the opening for the skylight has also been formed.

The walls on the timber frame end of the building are being repaired and strengthened, as identified by the structural engineer, and these works will need to be completed before the slating can start. As part of this process, two steels were inserted into the gable wall to strengthen and support the building.

Downstairs the floor joists have been installed, and is now ready for the first fix electrics and plumbing, and the ceiling insulation is being fitted. 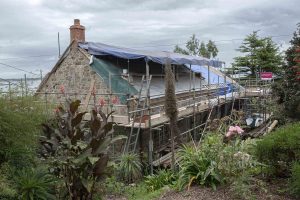 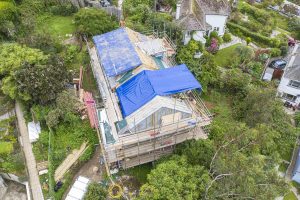 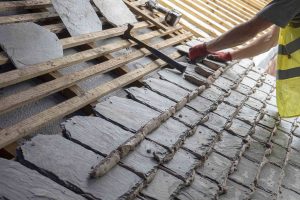 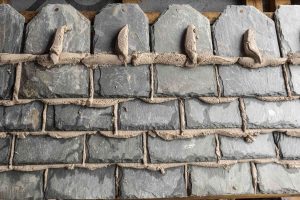 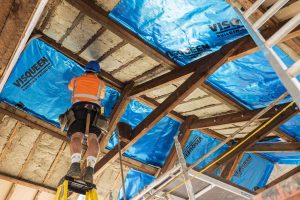 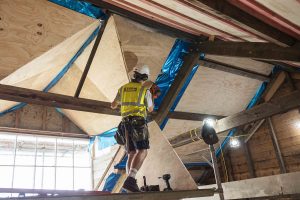 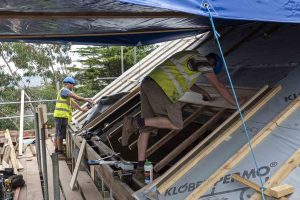 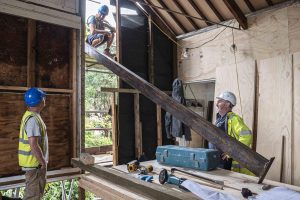 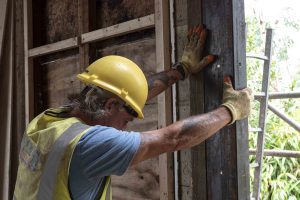 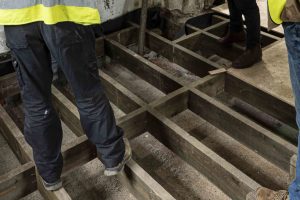 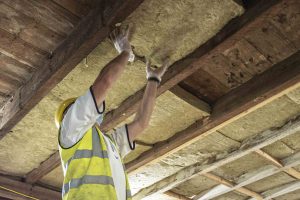