Building works were curtailed due to the Christmas break, but considerable progress has still been made during this month. Removal of the scaffolding has allowed the installation of the zinc downpipes and corrugated zinc roof over the stairway, fixing of the external timber cladding around the stairway, and the completion of the remaining lower level pointing.

Two soakaways have been installed in the garden for rainwater dispersal, and drains dug to connect them to the gutter downpipes. The new electric and gas supplies have been brought to the building, meters fitted, and the supplies connected.

The timber boarding inside the east studio has now been installed. Most of the boarding was in a poor condition, and although the original boarding on the gable wall has been reinstated, on both north and south elevations it has been replaced with new.

Work has also started on renovating and refixing the dado panelling in the west end of the studio. There have been discussions about a suitable paint for the plaster wall in this studio, and three sample patches have been produced for approval.

The ceiling has been finished and decorated, and the lighting tracks installed. Completion of these high level works has allowed the internal scaffolding – the rhino deck – to be dismantled and removed.

In the downstairs accommodation, the staircase, windows and frames have been repaired and renovated and a new external door and frame has been constructed. The bathroom has been fitted out and tiling completed, and the boiler and radiators have been installed. 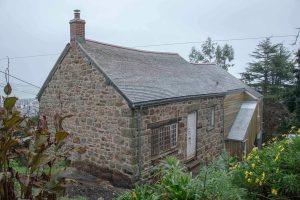 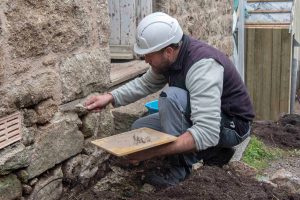 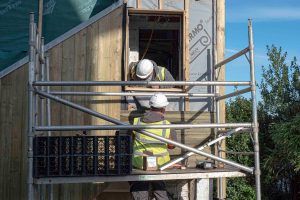 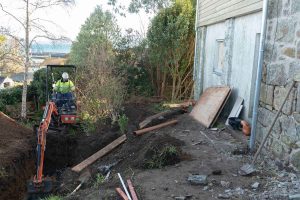 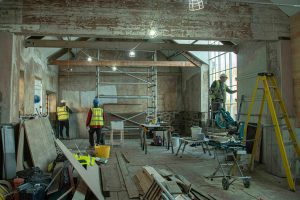 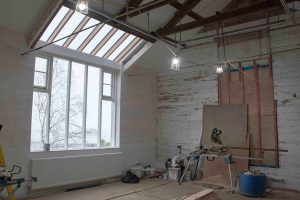 East end of studio, with new radiator and lighting tracks 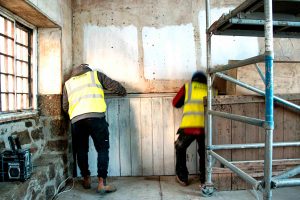 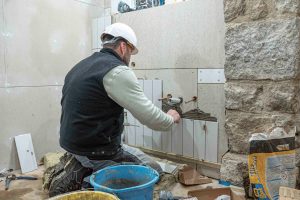 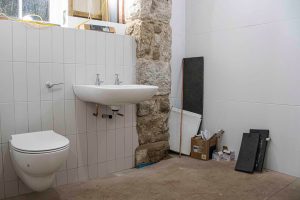 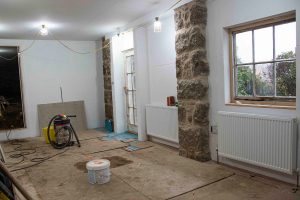 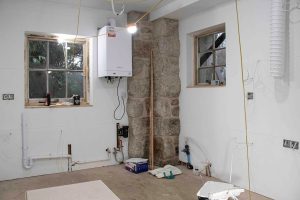