Re-slating the eastern end of the building was carried out during October. The ridge ventilation details were agreed with the architect which allowed the ridge tiles to be laid, with vertical slates (scrips) to protect the exposed verge rafters and purlin ends. The chimney stack was demolished and rebuilt with a lead tray and flashing. The roofing works were completed by the end of October, with the exception of the skylight, which was waiting for delivery of one glazing bar.

The original timber boarding on the east gable wall is mostly being reused, and has been sanded down, before oiling, priming and repainting, and the new facia boards have been primed and painted. The scaffolding is due to come down shortly, which will allow the remaining external works to be completed.

The floor of the studio had subsided, particularly at the west end of the building, and although it had been temporarily shored up, there was still a big gap between the floor and internal panelling. Closer inspection revealed that most of the joists had rotted where they had been inserted into the masonry wall, and so these were repaired by cutting out the damaged timber and bolting in new joist ends.

The downstairs accommodation is taking shape with the completion of the stud walls. Installation of the first fix electrics has allowed the internal ceiling boards to be fitted both downstairs and in the studio – the selected boards have a similar appearance to the asbestos-containing boards that were removed before works could start. 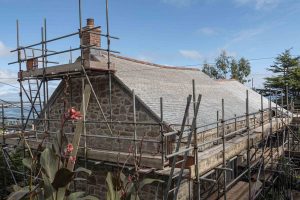 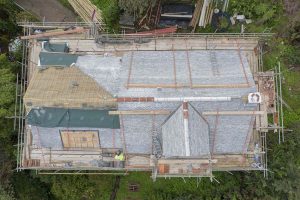 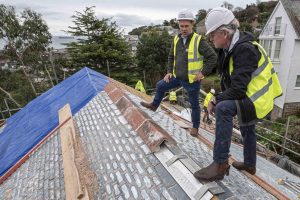 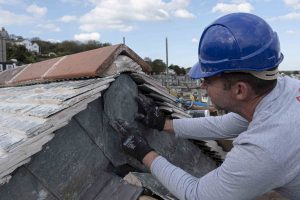 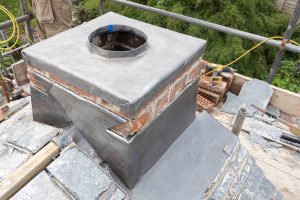 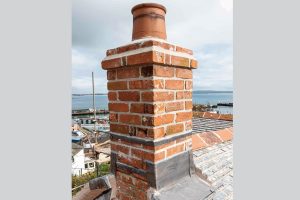 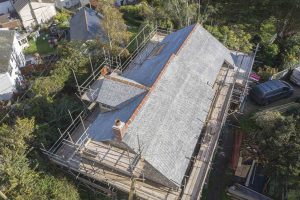 Slating, ridges and chimney all completed 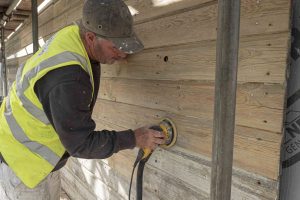 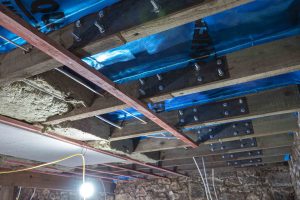 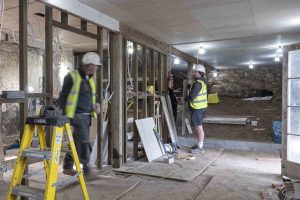 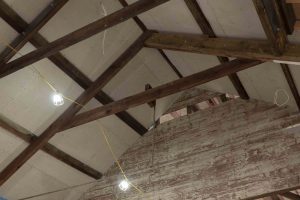 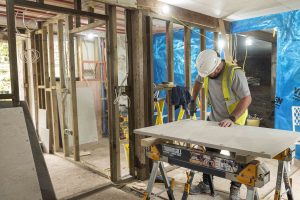