The western end of Anchor Studio has stone walls and the eastern end has timber frame walls. The timber frame end of the building needed substantial repairs and strengthening before it could take the additional load of the new roof, so it was planned to start re-slating on the western half of the building. This section would be more time-consuming both because of the dormer roof, and also the slating would be done in diminishing courses. The eastern end of the building would then be re-roofed in even courses to subtly mark the difference between the two construction phases.

The roofing contractors, Bosworth Roofing, started on site in mid-August, and by the end of September has almost completed the west end of the building. The chimney stack has been dismantled awaiting to be rebuilt, and discussions are ongoing about the detailed design for the ridge in order to allow for sufficient ventilation. Tiling battens have also been set out on the eastern end, ready to start re-slating.

The west gable masonry wall appeared to still have the original lime pointing, whereas the north and south walls had been repointed more recently with a cement mortar. The initial design proposal was to make localised repairs where required, but on closer inspection, all the west gable pointing was in a poor condition and needed to be replaced. Following discussions between the project architect and Historic England architect, it was decided to hack out the pointing on all three walls, and then repoint. Cornish Lime gave advice on a suitable mix, and three mixes were trialled to provide the best match with the original pointing. 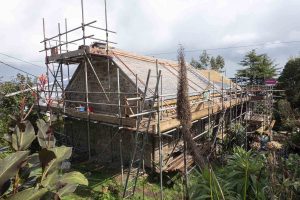 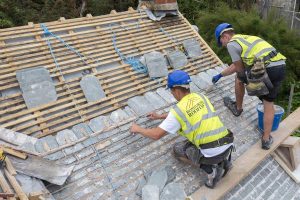 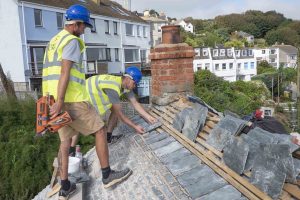 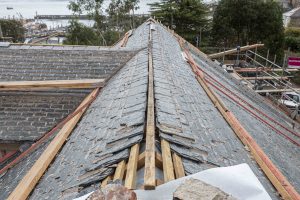 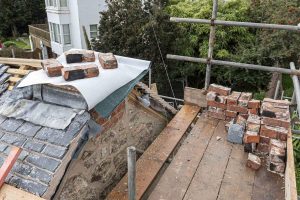 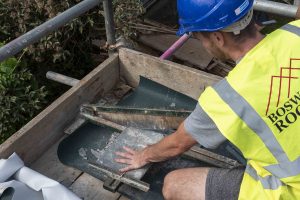 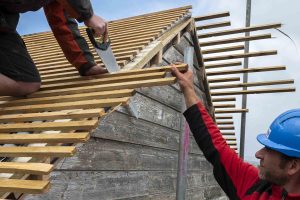 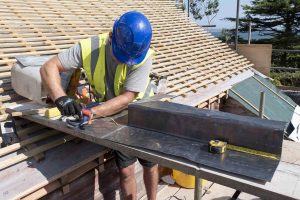 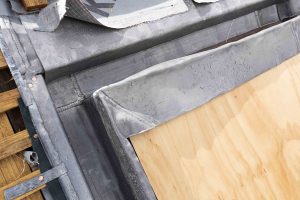 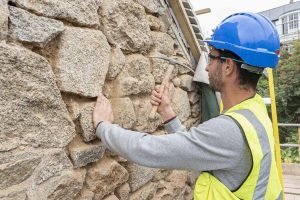 Hacking out pointing on W gable 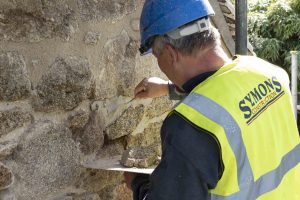 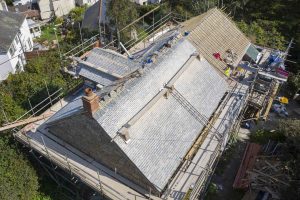