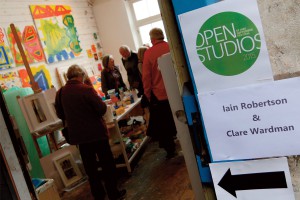 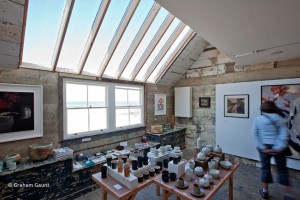 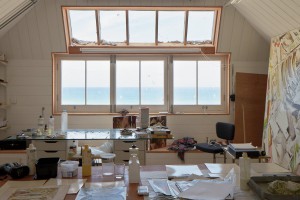 Open Studios are a long established tradition at Porthmeor, when artists used to invite the public into their studios on Show Days to see their paintings before they were sent up to London.

Open Studios now takes place in late May for artists from all over Cornwall, and in September for Porthmeor artists. Details of Open Studios 2018 will be posted here when they are available.

Open Studios on Saturday May 18th 1-5pm as part of the Celebration at Porthmeor include:

Some of the Porthmeor Studios-based BSJW Trust tenant artists will also open their studios including: Samuel Bassett (his exhibition is on at Anima Mundi), Andy Harper, Felicity Mara, Iain Robertson, Marion Taylor and Clare Wardman.
The studio of Turner Prize winner Lubaina Himid will be seen during her studio talk (with work that will be on show at New Museum NY in June) – but this is now sold out.

The studios of St Ives School of Painting (who have been Porthmeor Studios tenants for over 130 years) can also be seen during their free drop-in life drawing sessions every half hour between 1.30pm to 5pm