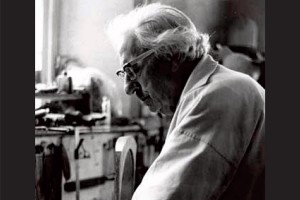 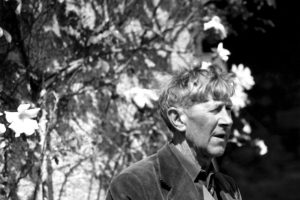 Trewarveneth Studios is a substantial granite and slate roofed building with very high ceilings and large windows. It was built c1900 to serve as the local infants’ school, and was originally adjacent to the wooden studios constructed on The Meadow for the Newlyn School painters. It now lies at the heart of Newlyn’s conservation area.

After the closure of the school, artist John Wells who was living and working next door in Anchor Studio, bought the building in 1967. He invited his good friend the sculptor Denis Mitchell to join him at Trewarveneth, and they used it as their main studio for the rest of their lives. John Wells used the large room which is now Studios 1 and 2, and Denis Mitchell used what is now Studio 4 and the open-sided building in the yard for his stone cutting.