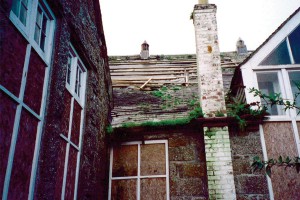 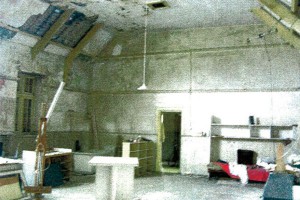 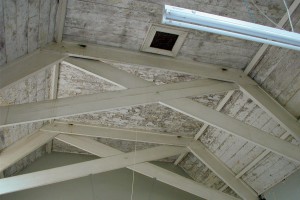 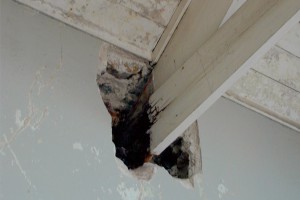 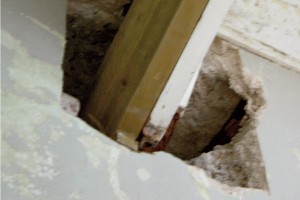 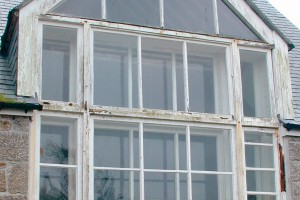 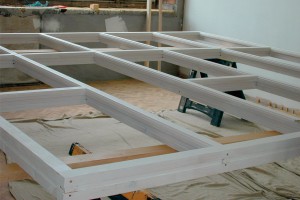 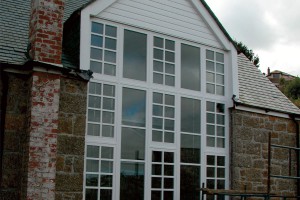 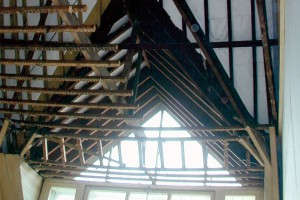 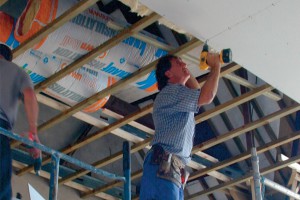 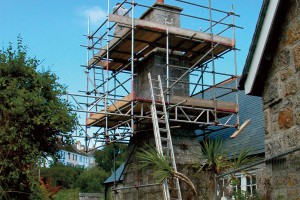 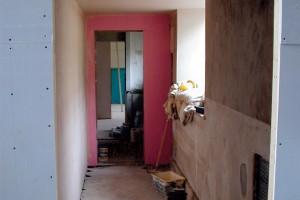 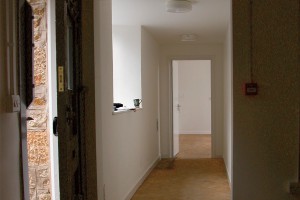 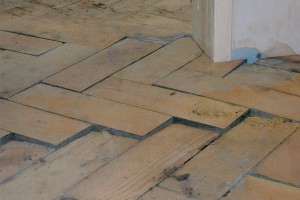 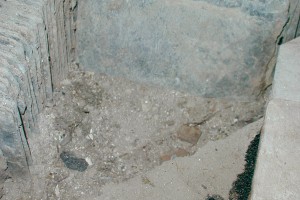 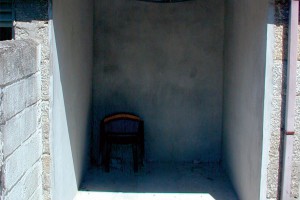 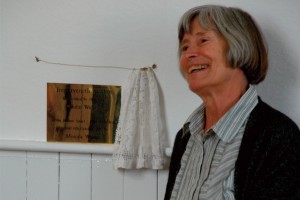 When Trewarveneth Studios was first gifted to the Trust in 2002 from the estate of John Wells, the building was essentially unchanged since its days as an infants’ school. However the roof was leaking badly and water was causing extensive internal damage (Images 1-2). The Trust immediately replaced the roof coverings to prevent further deterioration, and started work to prepare for the necessary renovation works and alterations to convert the building into artists’ studios.

The Trust commissioned an access survey in 2004 and a condition survey in 2005, which allowed it to identify and cost essential repairs and improvements and to draw up an outline budget for the project. Architect Damion Slater was commissioned in 2006 to draw up plans and Quantity Surveyor Edwin Bryant to provide the costings, and the project received planning approval in December 2006.

The schedule of works included all the external and internal repair works identified from the structural survey, insulation and fireproofing, structural alterations to create two new studios, form an accessible wc and renewal of building services to each studio. The total project was costed at £127k, and would result in the creation of six accessible studios, with anticipated completion in September 2007.

Local contractor Paul Mitchell Builders of Penzance was appointed in March 2007 following a competitive tendering exercise, and they started on site in mid-April. Over the following six months they carried out timber repairs (Images 3-5), window refurbishment or replacement (Images 6-8), ceiling replacement and insulation (Images 9-10), repointing external masonry (Image 11), structural alterations to form two new studios (Images 12-13), floor repairs (Images 14-15), and formed a new toilet (Image 16). The works were completed on schedule and within budget, and the building handed over on 5th October 2007. Monica Wynter, one of the Trustees, formally opened the studios on 6th October at an Open Day attended by funders, artists and the local community (Image 17).